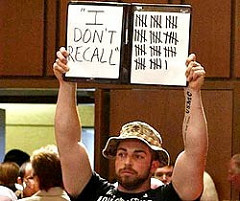 Corey and Todd play back their Friday pre-recorded interview with Adam Kokesh, author of FREEDOM! available at www.TheFreedomLine.com.  Kokesh is coming off a 60 city tour promoting his book and message of non-coercive freedom through peace and cooperation. Kokesh was inspired to write FREEDOM! while in solitary confinement after being arrested for his civil disobedient act of loading a shotgun on Freedom Plaza, and smoking marijuana near the Whitehouse, both in D.C. His current long range plan is to run for “not-for-president” in 2020 on the platform of dissolving the federal government, and gives specific examples of what to do with massive agencies and departments.  He cite’s Harvard’s Steven Pinker’s work as his inspiration for the introduction to his book, FREEDOM!. Kokesh’s “man on the street” video about is taxation violent is played before the interview and the question of is taxation theft if one consents to taxation is broached.  And, the “negotiated privileges” of building a home in Arizona is discussed. He shares the existential crossroads he is at on how much of his personal life he should share on his digital content generation on social media. He calls the efforts to aver Article IV state citizenship a “technitalitarian argument” and prefers to focus on education and consciousness elevation via his book. After the interview playback, Corey and Todd review the elements of statism that Kokesh seeks to abolish and settle on the definition of “minarchism” as most accurate to the target condition of Article IV state citizens within the several states.

Previous mentions of Adam on the Agenda31 blog and podcasts are available, here: http://www.agenda31.org/tag/adam-kokesh/

Since the publication of my 2011 book The Better Angels of Our Nature: Why Violence Has Declined, I have been updating my graphs on national and global trends in violence of all forms, and pressing the case that theory, commentary, punditry, and other opinions on the state of the world should be based on quantitative evidence rather than anecdotes, headlines, and other traps for the Availability bias. Collaborators include Joshua Goldstein, Andrew Mack, and scholars at the Peace Research Institute of Oslo.

Arizona Statutes Link mentioned during interview when Corey asserts that the code enforcement officials only have authority inside the United States, implying, not inside the several states: http://codes.findlaw.com/az/title-47-uniform-commercial-code/az-rev-st-sect-47-9307.html