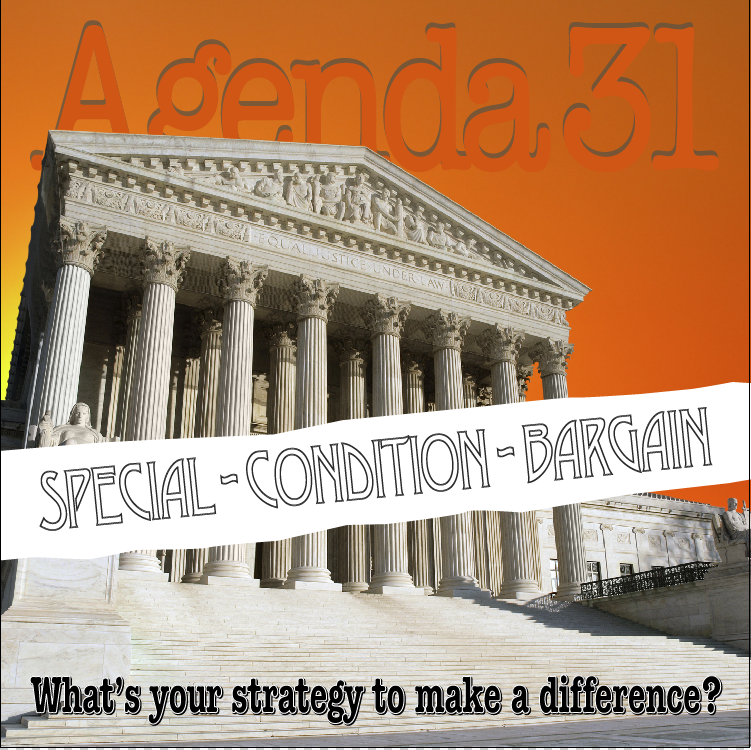 The Supreme Court 4.20 orals on Birchfield v ND provide huuuge tells about diversity of citizenship and insight into how compromised a federal citizen really is. Protesters in California against Trump and in support of Bernie are schooled by Paco Elijah and his audience exclaims the benefits of being a federal citizen.  Larry Wilmore calls Barrack, Barry but distracts all from Obama’s origins with a racial slur. TSA whistleblowers testify about the challenges of maintaining a theatrical troupe when leaders won’t follow their own codes of conduct or policies. Corey recounts the push back he got in Orange County Superior Court to get a motion filed before the birth record is arraigned and how criminal the collusion is within the system.  The distinction between those who want to be just left alone versus those who want to restore Article IV citizenship and restore the several states is explained. A31 producers Jared and Sammy launch their own podcast Porchtalk. And, Agenda31 debuts the 21st Century protest song “Outrage.”

Question: http://www.supremecourt.gov/qp/14-01468qp.pdf
QUESTION PRESENTED: North Dakota law makes it a criminal offense for a motorist who has been arrested for driving under the influence to refuse to submit to a chemical test of the person’s blood, breath, or urine to detect the presence of alcohol. The Supreme Court of North Dakota held that the State may criminalize any refusal by a motorist to submit to such a test, even if a warrant has not been obtained.

The question presented is:
Whether, in the absence of a warrant, a State may make it a crime for a person to refuse to take a chemical test to detect the presence of alcohol in the person’s blood. Slate: The Supreme Court finds unity in the face of bumbling attorneys and a tough Fourth Amendment case.

But today, thanks to technological developments like electronic warrants—which let officers ask judges for warrants quickly and remotely—that concern has largely faded. In one sense, Birchfield boils down to a simple inquiry: If cops can get an insta-warrant before drawing a driver’s blood, shouldn’t the Fourth Amendment mandate that they do? Source: http://www.slate.com/articles/news_and_politics/supreme_court_dispatches/2016/04/scotus_drunk_driving_case_looks_good_for_the_drunk_drivers.html

“…and the people of each State shall have free ingress and regress to and from any other State…” Source: http://www.usconstitution.net/articles.html#Article4

Protesters: You Being Played!

“We have codes of conduct and we have policies but we don’t follow them.” Corey’s averment as to his constitutionally secured right to domicile

Corey’s Article IV State Citizenship Aversion Declaration Prior to Any Birth Record or the Court Entering a Plea on the Birth Record’s Behalf: Case No.: CJ 56370