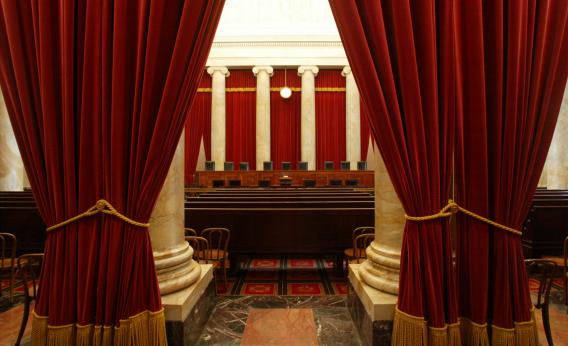 We now have subscription levels beyond “Complimentary”!

If you want to support what hear on our podcast, and read/find at this blog, please consider one of the financial supporting levels at this page, here.

Corey and Todd’s First Broadcast Together

Thomas Jefferson wrote regarding the case that is cited as establishing the judicial review authority of the Supreme Court:

You seem to consider the judges as the ultimate arbiters of all constitutional questions; a very dangerous doctrine indeed, and one which would place us under the despotism of an oligarchy. Our judges are as honest as other men, and not more so. They have, with others, the same passions for party, for power, and the privilege of their corps…. Their power [is] the more dangerous as they are in office for life, and not responsible, as the other functionaries are, to the elective control. The Constitution has erected no such single tribunal, knowing that to whatever hands confided, with the corruptions of time and party, its members would become despots. It has more wisely made all the departments co-equal and co-sovereign within themselves.

www.CountySheriffProject.org has citations of many sheriffs who told the Obama administration it would not enforce federal gun control laws in their counties… three of them were from Oregon, back in 2012.

We held in New York that Congress cannot compel the States to enact or enforce a federal regulatory program. Today we hold that Congress cannot circumvent that prohibition by conscripting the States’ officers directly. The Federal Government may neither issue directives requiring the States to address particular problems, nor command the States’ officers, or those of their political subdivisions, to administer or enforce a federal regulatory program. It matters not whether policymaking is involved, and no case-bycase weighing of the burdens or benefits is necessary; such commands are fundamentally incompatible with our constitutional system of dual sovereignty. Agenda 21 at Play: EBMUD Expects To Fine 5,000 Homeowners For Using Too Much Water

April 29, 2015 SACRAMENTO – Governor Edmund G. Brown Jr. today issued an executive order to establish a California greenhouse gas reduction target of 40 percent below 1990 levels by 2030 – the most aggressive benchmark enacted by any government in North America to reduce dangerous carbon emissions over the next decade and a half.
Source: https://www.gov.ca.gov/news.php?id=18938

Is there really an effort to recall Governor Brown?

It must be remembered that the 2003 recall election of Democratic Governor Gray Davis successfully replaced him with the Republican political novice Arnold Schwarzenegger. This initiative was only undertaken because of the California electricity crisis which left state finances in disarray. Their was sufficient evidence of Davis’s culpability and ineptitude regarding the whole Enron price manipulation scandal, having taken place on his watch, to fuel the recall effort.

First Passport to Use a Photo was Margaret Sanger aka Bertha L. Watson