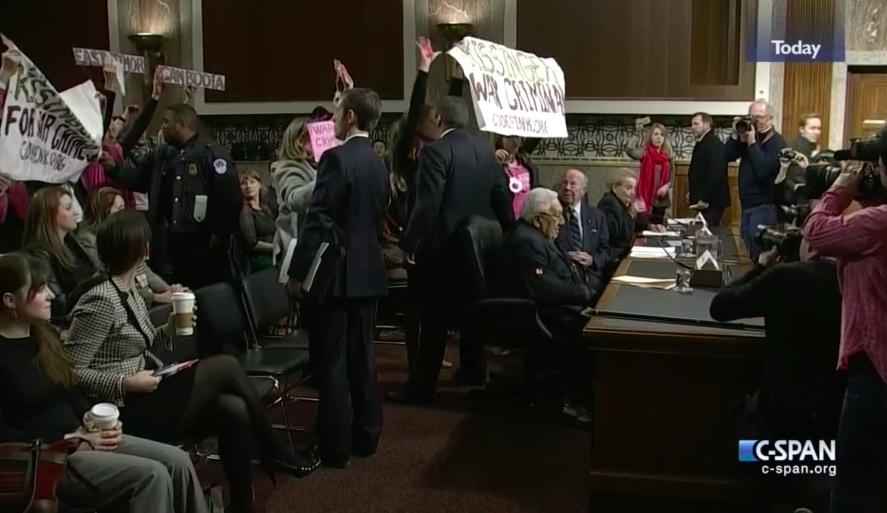 Sounds on this episode courtesy The Sundogs.

One topic will be Kenneth Bowling’s recent accounting of the origins of Washington, D.C.

He was featured recently on C-SPAN BookTV and the full video/audio and transcript can be found at this link below:

Be sure to check out the instances of his mentioning of the Articles of Confederation.

Also on deck tonight are the results of Corey’s efforts at the DMV to secure the state owned car its exempt plates, again.

Plus more…. tune in live and/or subscribe to Agenda31 on iTunes.

John McCain Exhibits the Statesmen Like Conduct in First 3 Mins

When Teachers Cheat
Rampant conspiracies to alter kids’ scores, including the one that resulted in the recent conviction of 11 Atlanta educators, attest to the dangers of high-stakes testing.

Corey’s efforts in the Orange County Superior Court has resulted in the Court stating that the evidence of fraud within the Irvine Police Department and in the court itself was deleted and claimed to be “received in error” and “entered nunc pro tunc.” We evaluate the term on this podcast. What are the definitions, origins and applications of nunc pro tunc?

If you are thinking that Judge Howard didn’t have the power to extend the 30 day grace period of Section 1367(d), the Fourth Circuit didn’t weigh in on that question.  It said instead that he had “unquestionably erred” by entering the Amended Order, and held:

Because the doctrine of nunc pro tunc may only be employed to correct mistakes or omissions in the record sothat the record properly reflects the events that actually took place, the district court’s attempt to modify its earlier order for the first time under the guise of nunc pro tunc was error.

Nunc pro tunc is Latin for “now for then.” A judge has the power to grant a nunc pro tunc motion to change records so that they show what actually happened. (For example, if a clerk’s office erroneously records the wrong filing date, the judge could correct the records to show the right date.) Here, the district judge botched the motion by altering the record to reflect the wrong date.

A nunc pro tunc motion can’t be used to revise history. A judge who lacks the authority to grant an extension of time under FRCP 6(b)(2) can’t just grant the extension anyway by calling it a “nunc pro tunc order” and backdating a document.