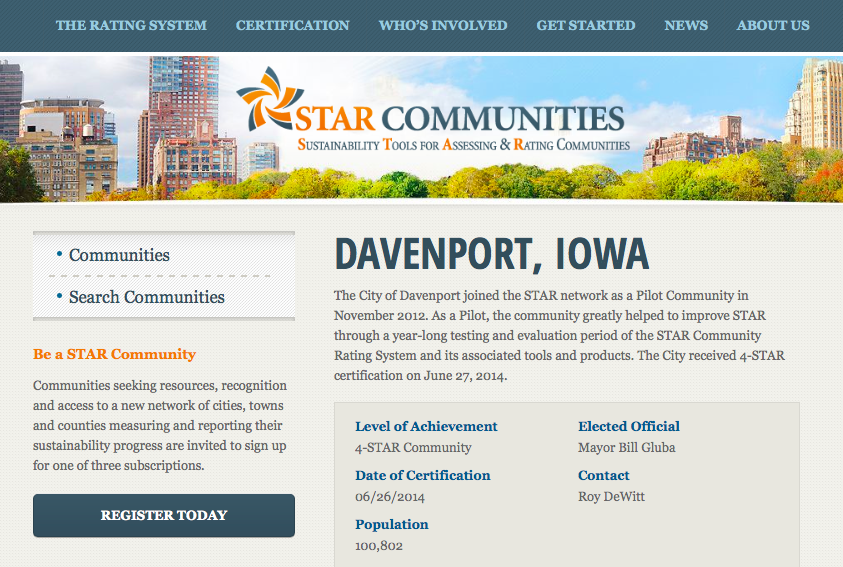 Retired Davenport teacher and current school board member Bill Sherwood, who also is on the commission, said the commission is a way of placing environmental issues “on the front burner.”

“If the scientists are correct, and I’m willing to bet that they are, we need to take action now to protect the environment and reduce our carbon footprint,” Sherwood said. “What legacy are we leaving for our grandchildren? It could be catastrophic.”

Do 97% Percent of Scientists Really Agree?

Read the details… it’s 97% of the 33% of the scientists who expressed an opinion on man-made global warming that have a consensus. Clearly 2/3rds of the source that this 97% meme is derived from expressed no opinion on AGW.

Regarding Gluba’s comment about lighting a single candle in the darkness he should read this: http://www.csmonitor.com/Environment/Bright-Green/2009/0327/does-lighting-candles-for-earth-hour-defeat-the-purpose

DHS officials did not provide evidence to the Subcommittee showing unique contributions that state and local fusion centers made to assist federal counter terrorism intelligence efforts that resulted in the disruption or prevention of a terrorism plot.

INTERPRETIVE STATEMENT
The Constitution currently requires a court to grant bail to a jailed person in a criminal case before trial. If the person posts bail, the person is released from jail pending trial. The amendment would give a court the option of ordering a person to remain in jail in some situations. The court could order such detention based upon concerns that the person, if released: will not return to court; is a threat to the safety of another person or the community; or will obstruct or attempt to obstruct the criminal justice process. The amendment authorizes the Legislature to pass laws concerning pretrial release and pretrial detention. The amendment would take effect on January 1, 2017 to allow any new laws to be enacted and their requirements to be established. The amendment would also remove language in the Constitution about bail eligibility for death penalty cases. The death penalty no longer exists in New Jersey.

“Today the New Jersey legislature voted in a bi-partisan effort to fix our broken bail system. The reforms New Jersey passed today—and the way those reforms were enacted-should become a model for the nation.”