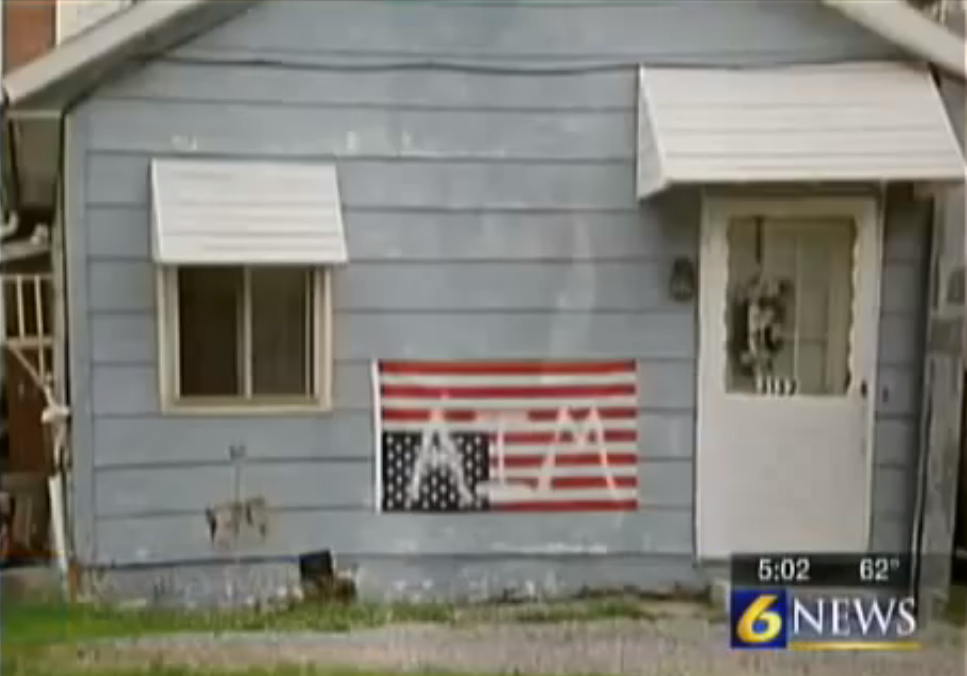 Referenced on the broadcast:

How can there be two meanings of the word “state”?
Which “state” are you proclaiming you are living in?
One of the several states of the union with all the protections of the Bill of Rights?
Or, one of the federal administrative state with all the Privileges that are conferred upon you, and can be rescinded at any time?
https://en.wikipedia.org/wiki/Homograph: A homograph (from the Greek: ὁμός, homós, “same” and γράφω, gráphō, “write”) is a word that shares the same written form as another word but has a different meaning.

Why Can’t We Devalue the Social Security Number and All Be Safer Financially?

Univ of MD president Wallace Loh posits that if the SSN was not used for purposes of banking we would not have such breaches of security. And poses the question as who is responsible for protection?
CSPAN Clip: http://www.c-span.org/video/?c4499191/cant-devalue-social-security-number
Full hearing from Online Data Security Breaches March 26, 2014 by the Senate Committee Commerce, Science and Transportation: http://www.c-span.org/video/?318486-1/online-consumer-data-protection

Thank you Doctor Loh!
NOTE: I created and posted the clip above “anonymously” at the CSPAN site… they truncated the headline I wrote to remove “Why” and “We” in the phrase, “Why can’t we devalue the social security number?”

Brookings Institute Center for Technology Innovation Research Director Allan Freidman extolls virtures of using SSN as an identifier despite the statement to the contrary on the SSN card. And, Allan talks about a “wonderful study” that had 67% accuracy in identifying first 5 digits of someone’s SSN by facial recognition photo compared to social network postings.

Justice Thomas on Substantive Right of Safeguarded by 2nd Amendment

This Court has not had recent occasion to consider the nature of the substantive right safeguarded by the Second Amendment.

[n.1] If, however, the Second Amendment is read to confer a personal right to “keep and bear arms,” a colorable argument exists that the Federal Government’s regulatory scheme, at least as it pertains to the purely intrastate sale or possession of firearms, runs afoul of that Amendment’s protections. [n.2] As the parties did not raise this argument, however, we need not consider it here. Perhaps, at some future date, this Court will have the opportunity to determine whether Justice Story was correct when he wrote that the right to bear arms “has justly been considered, as the palladium of the liberties of a republic.” 3 J. Story, Commentaries §1890, p. 746 (1833). In the meantime, I join the Court’s opinion striking down the challenged provisions of the Brady Act as inconsistent with the Tenth Amendment.

Differences Between Militias of the Several States and the National Guard

Article VII.
Militia.
Sec. 1. The Legislature shall provide by law for organising and disciplining the militia, in such manner as they shall deem expedient, not incompatible with the Constitution and laws of the United States.
Sec. 2. Officers of the militia shall be elected, or appointed, in such a manner as the Legislature shall from time to time direct, and shall be commissioned by the governor.
Sec. 3. The governor shall have power to call forth the militia, to execute the laws of the State, to suppress insurrections, and repel invasions.

Duality of US v USA Apparent in 28 U.S. Code § 1746 – Unsworn declarations under penalty of perjury?

Wikipedia as of May 24, 2014: Private attorney general is an informal term usually used today in the United States to refer to a private party who brings a lawsuit considered to be in the public interest, i.e., benefiting the general public and not just the plaintiff.[1] The person considered “private attorney general” is entitled to recover attorney’s fees if he or she prevails. The rationale behind this principle is to provide extra incentive to private citizens to pursue suits that may be of benefit to society at large. Citation: https://en.wikipedia.org/wiki/Private_attorney_general

Writing under several pen names, Mitchell’s work has reached all the way into the U.S. Supreme Court, which adopted “the federal zone” as a household word in their sweeping 1995 decision in U.S. v. Lopez.

There are over 100,000 elementary and secondary schools in the United States. See U. S. Dept. of Education, National Center for Education Statistics, Digest of Education Statistics 73, 104 (NCES 94-115, 1994) (Tables 63, 94). Each of these now has an invisible federal zone extending 1,000 feet beyond the (often irregular) boundaries of the school property. In some communities no doubt it would be difficult to navigate without infringing on those zones. Yet throughout these areas, school officials would find their own programs for the prohibition of guns in danger of displacement by the federal authority unless the State chooses to enact a parallel rule.

Vieira Oct 7, 2008 Conference Call
Explains his interest in constitutional homeland security was piqued when traditional gun rights groups had not addressed the Bush administration’s Patriot Act and Military Commissions Acts.
Colonial pre-constition militia statutes from 1630’s and on, were vast, and with exception of slave economy states, were extremely similar.
Posits that the national security apparatus was not actually concerned with some Islamic fundamentalists hiding in caves in Afghanistan, but were preparing for the international and domestic collapse of financial systems.

However, you can order directly from him (in Virginia), and may be able to obtain cheaper, and perhaps he will sign the copies. I recommend that listerns pursue that avenue, and that listeners send ‘non-domestic mail’ to him when requesting a price list and placing their order(s). He takes checks or money orders, so Postal Money Order is recommended along with the non-domestic mail.

We did not discuss, but also check out www.goldmoneybill.org</strong> for drafted legislation for ‘state’ governments to use gold and silver coin.

His address (he uses ‘domesitc mail’, but I request sending it as ‘non-domestic’ as shown below):
Dr. Edwin Vieira, Jr.
c/o 52 Stonegate Court
Front Royal, Virginia 22630

Lane County v. Oregon 74 US 71 (1868) http://supreme.justia.com/cases/federal/us/74/71/case.html
I recall that this was about how the taxes collected were NOT gold and silver, but US notes; Constitution required taxes to be in gold and silver coin. Suit upheld constitutionality of that requirement, rather than US notes. If I got it right… see attached pdf.

Not discussed, but Cooley discusses the extent and nature of what is considered ‘delegating’ power or not in the state and with municipalities; see pages 120-121 and pages 191. Specifically on pages 204-205 he discusses how municipalities may NOT delegate powers given or delegated to them. I only skimmed, but had read this some time ago; may be relevant to 1849 delegating government powers to 1879 California. You can find the book online, under Google Play (and likely Hathi Trust too!) Thomas Cooley – Constitutional Limitations 1868.

Regarding my comment about Story stating that States emitted bill of credit unconstiutionally, I finally found it.
See: http://www.constitution.org/js/js_317.htm (Sections 1115 and 1116 particularly)

Dr. Vieira Pieces of Eight
Lane County vs Oregon
State had in constitution that precious metals were payment for taxes.
Tax collector collected in US Notes and it was considered constitutional.

Justice Story’s Commentaries
States early on were emitting bills of credits and not held accountable.

Can You Love Your Country & Not Love Your Government?

Mason Michaelc, sophomore in highschool in Needville, Texas is suspended from school for not rising or standing during the moment of silence and pledge of allegiance.
MasonMichalec.NoPledgeInClassLong.106secs.mp3
Original news story: http://www.wvec.com/news/258458451.html

Supreme Court ruled on this matter in 1943:
http://files.agenda31.org/SCOTUS/WVvBarnette.PledgeAllegiance.1943.pdf